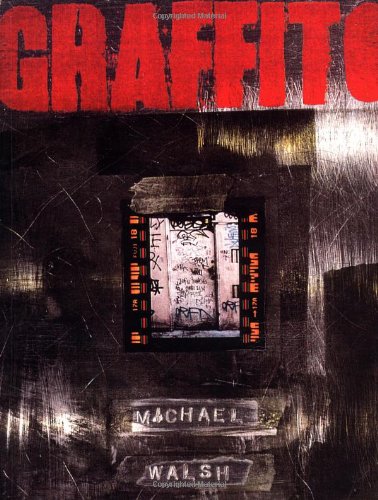 The graffiti phenomenon taking place in urban America has erupted into a full scale war. The main weapons: aerosol spray paint versus hundreds of taxpayer-funded abatements programs. To the graffiti writer, graffiti is a secret language, an empowering form of self-expression, a screaming voice against an unjust, alienating society. To the upholders of social law and order, graffiti is "vandalism," an ugly and terrifying threat to social value, which cost U.S. taxpayers four billion dollars in 1995.

For two years, beginning in the fall of 1994, Michael Walsh immersed himself in the graffiti world of the San Francisco Bay Area. He took thousands of photographs, frequented train yards, went on all-night "bombing runs" with graffiti writers, prowled the Muni train tunnels at 3a.m., rode with graffiti abatement crews, spoke with small business owners who are frequent targets of graffiti, and tracked down key city officials and personnel directly involved with graffiti removal.

This powerful book delivers a raw, in-your-face account of this complex and controversial subject. It contains nearly 200 photographs, and quotes from over fifty interviews regarding both sides of the issue, and dispels many of the media-generated myths concerning graffiti. In this moving, articulate, visual account, Michael Walsh presents to us an urban phenomenon begging to be understood.

"Graffiti is a kick in the face to the Gallery/Museum system, where the artist is pimped like a whore for the capitalist system, made into another commodity for people to buy—Graffiti art is free for all to come and view, no one can own it, it belongs to all of us."
- Eskae, Oakland, California

"I think graffiti is vandalism, pure and simple. To them, to get busted is like a Purple Heart. Nobody really slams the doors on those thugs. These graffiti vandals are causing people pain and grief. They think they're artists and have some right like free speech to express their individualism or artistry. If they want to be an artist they should go to work for a record company and do hip-hop CD covers. Graffiti might look good to them and their buddies, but the majority of the people don't want to look at that crap every day."
- Gary Doyle, Public Works Officer, Nuisance Crime Abatement Unit, Oakland, California