Articoli correlati a Oncogenes, Aneuploidy, And AIDS: A Scientific Life...

Oncogenes, Aneuploidy, And AIDS: A Scientific Life And Times Of Peter H. Duesberg 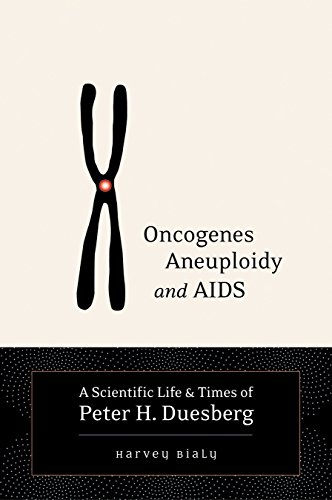 According to author Harvey Bialy, the work of molecular biologist Peter Duesberg has been grossly distorted by the media and scientific establishments. Until recently, the scientific community—and most notably, those from the National Institute for Health—have been unwilling to look at his provocative theories of different causes for cancer and HIV/AIDS. Inspired by UC Berkeley's rare creation of an archive for Duesberg's papers, this book explores Duesberg's early groundbreaking work with viruses and oncogenes, his contentious fights with other scientists, and the profound influence of his life's work.

"Bialy weaves the science with personal and historical reflections to produce an appealing text comprehensible to even a nonspecialist reader."
-Nature Biotechnology, July 2004

"A well-told tale with the incorruptible humor of its protagonist - head and shoulders above the competition."
Kary Mullis, Nobel Prize in Chemistry, 1993 ..".one of my favorite books...Though centered on one man, it speaks to issues of power in the scientific establishment that will outlive Bialy and his hero. ...Bialy fills his book with direct quotes, allowing a number of the unsavory characters in this story to hoist themselves by their own inelegant petards. In the courage of both scientist and author, I see greatness."
--Kary B. Mullis, Nobel laureate, in Discover Magazine, November 2006 L'autore:

Harvey Bialy is a resident scholar at the Insitute of Biotechnology of the Autonomous National University of Mexico and formerly a postdoctoral-fellow of the Damon Runyon Foundation for Cancer Research. He is also the founding scientific editor of Nature Biotechnology and a member of South Africa's Presidential AIDS Advisory Panel.

4. Oncogenes, Aneuploidy, and AIDS: A Scientific Life And Times of Peter H. Duesberg