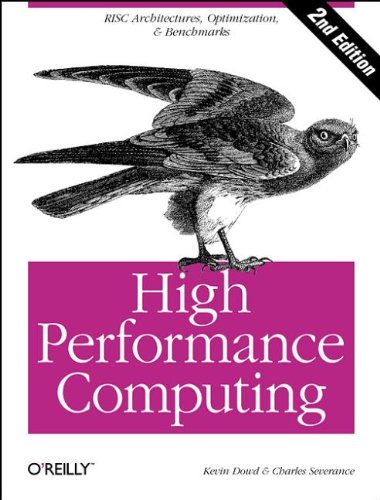 The computing power that's available on the average desktop has exploded in the past few years. A typical PC has performance exceeding that of a multi-million dollar supercomputer a mere decade ago. To some people, that might mean that it's time to sit back and watch computers get faster: performance is no longer an issue, we'll let hardware do the work. But if you're looking at this book, you're not one of them. Performance is always an issue. Even with the fastest computers, there's a need to harness the processing power and get more work done in a limited amount of time.If you're a software developer, you probably know that getting the most out of a modern workstation or PC can be tricky. Paying closer attention to memory reference patterns and loop structure can have a huge payoff. High Performance Computing discusses how modern workstations get their performance and how you can write code that makes optimal use of your hardware. You'll learn what the newest buzzwords really mean, how caching and other memory design features affect the way your software behaves, and where the newest "post-RISC" architectures are headed.If you're involved with purchasing or evaluating workstations, this book will help you make intelligent comparisons. You'll learn how to interpret the commonly quoted industry benchmarks, what vendors do to show their machines in the best possible light, and how to run your own benchmarks.Whether you're using the latest Pentium PC or a highly specialized multiprocessor, you'll find High Performance Computing an indispensable guide. Topics covered include:

Charles Severance is the associate director for advanced technology at the University of Michigan Media Union, where he also teaches computer science courses including Introduction to C++. His current research is in the area of Internet delivery of educational material. He has been active in IEEE standards for many years, and he edits a monthly column in the magazine IEEE Computer on computer standards. Charles is the co-host of the television show North Coast Digital and was previously the co-host of the television show Nothin but Net.

Kevin Dowd is a consultant to the aerospace and commercial industries, specializing in performance computing and information infrastructures. He is a veteran of two computer companies (which no longer make computers), and the nuclear power plant business (not many more of those have been made either). Kevin is a principal in the Atlantic Computing Technology Corporation, located in Wethersfield, Connecticut.