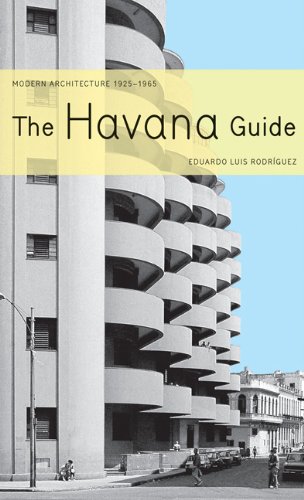 While Havana's colonial mansions have recently received worldwide attention, the immense wealth of modern architecture in Cuba has long been neglected.
The first half of the twentieth century was a culturally rich era for Cuba, a time in which the architects of the Modern Movement sought to define an identity for this Caribbean nation. However, within a few years after the revolution of 1959, design ideology became allied with the mass-production aesthetic promoted by the Soviets, and many Cuban architects fled to seek creative and political freedom abroad.
The Havana Guide is the first to recognize the enormous importance of Cuba's modern architecture. It features over 200 structures, including hotels, churches, theaters, social clubs, and private residences. Street maps for all neighborhoods as well as archival and contemporary photographs supplement the texts. Also included is a history of modern architecture in Cuba. This is an essential source book of modern architecture for travelers and architects alike