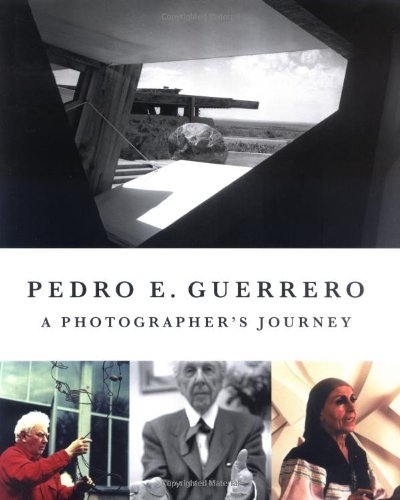 Pedro Guerrero spent his entire career, more than 60 years, photographing houses of some of the mostillustrious American architects and artists of the twentieth century. Emerging from a modest background, his first professional job at the age of twenty-two in 1939 was photographing Taliesin West, the Arizona home of Frank Lloyd Wright. For the next 20 years, Guerrero was the chief visual interpreter of Wright's homes. Guerrero was soon photographing houses belonging to such legendaryartists and architects as Alexander Calder, Louise Nevelson, Marcel Breuer, John Huston, Philip Johnson,Julia Child, Edward Stone, and Alexi Brodovitch.

Spanning nearly a century, Pedro E. Guerrero: A Photographer's Journey is a fascinating memoir illustrated with over 190 of the author's own photographs. Guerrero steps out from behind the camera and, for the first time, tells his own story along with the stories of the contradictory and complex lives of the extraordinary people he has known, including candid anecdotes about the personal quirks of some of America's legendary magazine editors, architects, and artists.

Pedro Guerrero's photographs have appeared in numerous publications worldwide, including the New York Times Magazine, Harper's Bazaar, Vogue, Architectural Record, Travel and Leisure, and House and Garden. He has contributed photographs to many books and has been exhibited in galleries and museums throughout the world. He lives in Florence, Arizona.