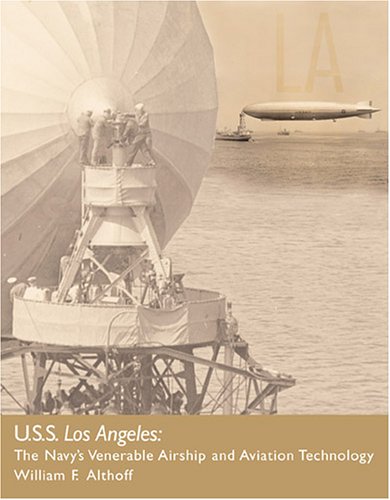 Aviation historian William Althoff tells the story of the U.S. Navy??'s airship, USS "Los Angeles," the most successful aircraft of its type ever flown. In dramatic detail, Althoff recounts how the U.S. Navy arranged for the famed German Zeppelin Company to build the ship, thwarted schemes by the U.S. Army??'s Air Service to take control of it, and helped plan its record-breaking, historic four-day flight from Germany to the United States. After years of experiments meant to determine its military and commercial application, the airship ultimately failed to command a consensus in the Navy. ???Relegated to a lower tier, ??? Althoff writes, ???the rigid type receded to marginal relevance until, on the eve of World War Two, it vanished altogether.??? In this book, the early achievements and unceremonious demise of the "Los Angeles" after a long career symbolize the airship??'s unfulfilled promise. Nonetheless, the operational record of this one machine altered American naval aeronautics and greatly influenced transoceanic commercial air transport during a critical period of its development.