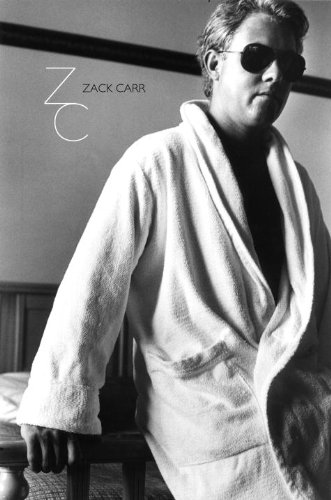 As the creative director of Calvin Klein, where he worked for nearly three decades, Zack Carr helped elevate the house to one of the premier forces in fashion worldwide. His premature death from cancer in 2000 cut short a life and career that indelibly altered the status of American fashion; Carr helped make American style "The Look," and lifestyle a world phenomenon.
As a tribute to Carr's life and legacy, his brother George Carr and designer Sam Shahid have compiled a collection of photographs, sketches, and selected personal writings. Zack Carr is a splendid journey, taking us on a tour of his special world inhabited by his mentors (Balenciaga, Chanel), his many muses (Gwyneth Paltrow, Isabella Rossellini, Marina Schiano, Kelly Klein, Grace Coddington, Georgia O'Keeffe), and his inspirations found in the form of Art itself.

George Carr graduated from the University of Texas before moving to New York and working at Calvin Klein and Ralph Lauren. He left fashion to pursue a career in acting and writing, and has written two plays and a screenplay, Zack Carr is his first book.