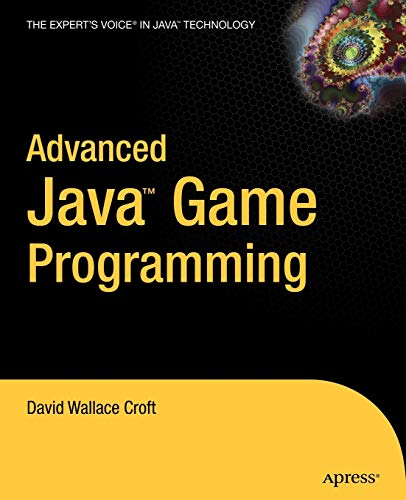 The open-source game library also includes a reusable game deployment framework and a multiplayer networking library with HTTP firewall tunneling capability for applets. All of the code is open source, including the example games. The animation has been scrupulously tested and optimized in the Swing environment, and Croft clearly explains how the code works in great detail. The graphics and audio libraries used in the examples are public domain and may also be used royalty-free for creating new games.

David Wallace Croft is a Java software architect with a professional background in Java game development. He formerly served as the president of the Silicon Valley Java Users Group and is the founder of the Game Developers Java Users Group. Croft earned his bachelor's degree from the United States Air Force Academy in 1990 and his master's degree from the California Institute of Technology in 1995. After a brief career in neural network chip design, he joined an online Internet multiplayer game startup in 1996 and has been programming in Java exclusively ever since. While writing this book, Croft taught Java 2D game programming within the Institute of Interactive Arts & Engineering program at the University of Texas at Dallas. In 2004, he transitioned from faculty to student and is now pursuing a doctorate in cognition and neuroscience in the School of Behavioral and Brain Sciences at the same university. His contact information is available at www.croftsoft.com.