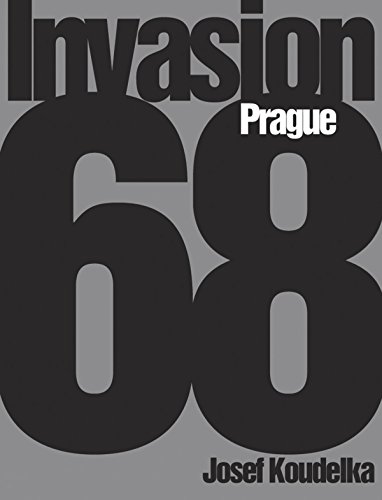 In 1968, Josef Koudelka was thirty years old and although he had spent six years photographing gypsies and theatre, he had never covered a news event. During the Prague Spring, on the night of August 21, the city was invaded by Warsaw Pact tanks. Koudelka had returned just the day before from Romania, where he had been following gypsies. He took a series of photographs of the events in Prague and managed to have them smuggled out of the country. They reached New York and a year later the reportage was distributed by Magnum Photos. To avoid reprisals, the images were credited to an unknown Czech photographer - which did not stop Koudelka from winning the Robert Capa Award anonymously. However, it was not until sixteen years later, once the threats to his family had ceased and after the death of his father, that the photographer publicly acknowledged authorship. Forty years on, almost 250 of these searing photographs - most of them published here for the first time - have been selected by Koudelka from his extensive archive.

Descrizione libro Paperback. Condizione: new. Paperback. In 1968, Josef Koudelka was a 30-year-old acclaimed theater photographer who had never made pictures of a news event. That all changed on the night of August 21, when Warsaw Pact tanks invaded the city of Prague, ending the short-lived political liberalization in Czechoslovakia that came to be known as Prague Spring. Koudelka had returned home the day before from photographing gypsies in Romania. In the midst of the turmoil of the Soviet-led invasion, he took a series of photographs which were miraculously smuggled out of the country. A year after they reached New York, Magnum Photos distributed the images credited to &quot;an unknown Czech photographer&quot; to avoid reprisals. The intensity and significance of the images earned the still-anonymous photographer the Robert Capa Award. Sixteen years would pass before Koudelka could safely acknowledge authorship. Forty years after the invasion, this impressive monograph features nearly 250 of these searing images-most of them published here for the first time-personally selected by Koudelka from his extensive archive. Interspersed with the images are press and propaganda quotations from the time, also selected by Koudelka, alongside a text by three Czech historians. Though the images gathered in this remarkable publication document a specific historical event, their transformative quality still resonates. The classic Photofile series brings together the best work of the world&#039;s greatest photographers in an attractive format and at a reasonable price. Handsome and collectible, the books are produced to the highest standards. Each volume contains some sixty full-page reproductions printed in superb duotone, together with a critical introduction and a full bibliography. Now back in print, the series was awarded the first annual prize for distinguished photographic books by the International Center of Photography. Born in Czechoslovakia in 1938, Koudelka left the country in 1968 Shipping may be from multiple locations in the US or from the UK, depending on stock availability. Codice articolo 9781597110686