Articoli correlati a NOPI: The Cookbook 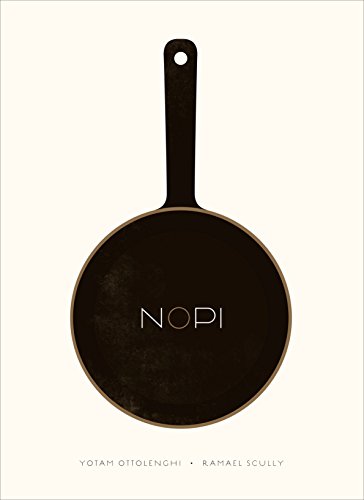 In collaboration with Nopi's head chef Ramael Scully, Yotam's journey from the Middle East to the Far East is one of big and bold flavors, with surprising twists along the way.

Praise for Ottolenghi's previous books:
"This is simply wonderful cooking...modern, smart, and thoughtful. I love it." --Nigel Slater

"With his 2012 cookbook Jerusalem, London restaurateur Yotam Ottolenghi [has] created a sensation by sharing his unexpected and highly personal take on Mediterranean cooking." --Food & Wine

"Jerusalem is the top-selling cookbook in the country, subverting the conventional wisdom that you need to have a TV show to have a bestselling cookbook. The book...has become something of a phenomenon." --Publisher's Weekly

"Forget about the fact that it's a vegetarian's best friend. Plenty is the sort of cookbook that a home cook will fall for. It's as meaty as its meat-filled counterparts." --Charlotte Druckman food52.com

"Plenty...is among the most generous and luxurious nonmeat cookbooks ever produced, one that instantly reminds us that you don't need meat to produce over-the-top food." --Mark Bittman, New York Times

"Yotam Ottolenghi's second cookbook has recipes for dishes largely absent from the American kitchen--a fact that almost never crosses your mind when you flip through it hungry. Everything sounds mouthwatering and looks--and is--doable." --Wall Street Journal

YOTAM OTTOLENGHI is the author of Plenty, Plenty More, and co-author with Sami Tamimi of Ottolenghi and Jerusalem, which was awarded Cookbook of the Year by the International Association of Culinary Professionals, and Best International Cookbook by the James Beard Foundation. All four books were New York Times bestsellers. He lives in London, where he owns an eponymous group of restaurants and a high-end restaurant, Nopi. RAMAEL SCULLY was born in Kuala Lumpur, Malaysia and started his culinary career at the age of 17 in Sydney, Australia. Now head chef at Nopi, Scully first worked under Yotam Ottolenghi in 2004 at Ottolenghi.