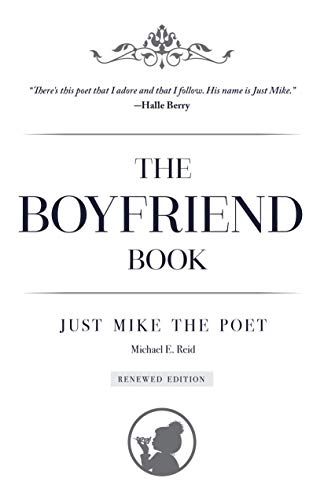 1. The Boyfriend Book (Paperback or Softback)

Descrizione libro Mango Media, United States, 2019. Paperback. Condizione: New. Language: English. Brand new Book. An Empowering Book of Poems and EssaysFans of Milk and Honey by Rupi Kaur, Her by Pierre Alex Jeanty, Whiskey Words and a Shovel by r.h. Sin, and The Princess Saves Herself in this One by Amanda Lovelace will love The Boyfriend Book by Michael E. Reid.No more boyfriends: 300 women sat down with Mike, and after three hours, 299 of them agreed that they never wanted a boyfriend again. The Boyfriend Book tells you why.Modern love poems and philosophy: When entrusting her heart to somebody, a woman doesn't want to worry about the bad and the ugly, such as disloyalty and disrespect, indifference and contempt, micro-aggression and outright violence. In a perfect world, every guy would be a "good guy," and every guy would have her best interest at heart. Unfortunately, the real world is a dangerous place, particularly when women have to let strangers in. And while some women are decent judges of character, others don't see the train coming until it hits them. Not only does this book serve as a cautionary tale, it also offers an important perspective on modern love and equips women with strategies to effectively change their love life and, most importantly, their inner lives.Transform your life with this powerful poetry book: Before you open this book, ask yourself: Where am I now? What are my struggles? What sort of pain do I carry? What parts of myself have I lost? Then, figure out where you want to be. This book will get you there. The possibilities for rebirth and reinvention are endless - but it's ultimately up to you to make it all happen. This book will help you find a way to go forward that does not involve sideways. Read it slow. Plant the seed. Let it grow.The Boyfriend Book is a gripping collection of short stories, thoughts and poems from Just Mike The Poet. Codice articolo AAC9781633538467