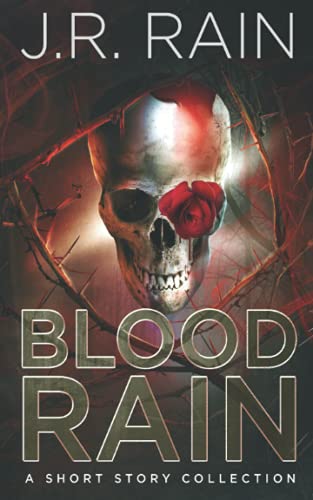 Descrizione libro Independently Published, United States, 2018. Paperback. Condizione: New. Language: English. Brand new Book. A fun, creepy, unique serving of short stories by USA Today bestselling author, J.R. Rain, including: Teeth - What happens when a child is born with a rare throwback gene, a gene that produces two exceptionally long teeth? Vampire Dreams - Samantha Moon sets out to find the answer to a mysterious, haunting dream. a dream in which sees a young woman die, over and over again. What she discovers, what she finds out about herself, will challenge everything she believes. and shed light on what she's becoming. Rearview Mirror - A man. A freeway off-ramp. And, in Harvey's rearview mirror, one rapidly-approaching truck. A truck that Harvey is certain will hit him. And hard. Harvey has but a split second to make a decision to save his life. A split second to trust his gut. Now Harvey is about to make the choice of his life. Death Came Knocking On My Window - A college student on a late-night studying binge is about to come face to face with his worst nightmare. The Santa Call - After accidentally forgetting his wife at home during a weekend getaway, ol' St. Nick returns to discover she's left him. At wit's end, Santa turns to a radio talk show for some much needed love advice. But will he win Mrs. Claus back in time to save Christmas? Halloween Moon - Samantha Moon is about to confront a monster of the worst kind-a killer who preys on the innocent. A killer who lives just down her street. The Falcon - A story of life, dreams. and flying. The Angel and the Pistol - It's a race against time for one immortal charged with saving humanity from their own mistakes. In this case, one man named Ralph. A man with a pistol who's about to make a very, very big mistake. More Sugar - Benjamin the Baker has all the answers, but the key to his success is surprisingly simple. Mad Dog - Mad Dog is a drunk. He was also once the top sports announcer in the country, announcing everything from Cotton Bowls to Super Bowls. Now he's washed up and looking for work. Well, there's a spot for him at ESPN 5, announcing the National Racquetball Championships. But can Mad Dog put his flask aside long enough to resurrect his career? Probably not, but he's sure gonna try. Behind the Shower Curtain - A bratty sister. A terrified brother. A prank that goes horribly wrong. and, finally, a conversation with God. Nature's Assassins - What happens when you screw with Mother Nature too long? She sends her assassins, and sometimes they come in the most unlikely shapes and sizes. Vampire Gold - Samantha Moon takes on a dead man's riddle. and soon finds herself on the hunt for real buried treasure. Grampire - Somebody has to be the world's oldest vampire. The Bleeder - Leo Dershowitz is an unsuccessful artist with minimal talent. But all that changes one day when he finds the macabre source of his artistic muse-and now nothing will stop Leo from creating his masterpieces. Codice articolo APC9781724174949