Articoli correlati a Alexandria: A History and Guide [Lingua Inglese] 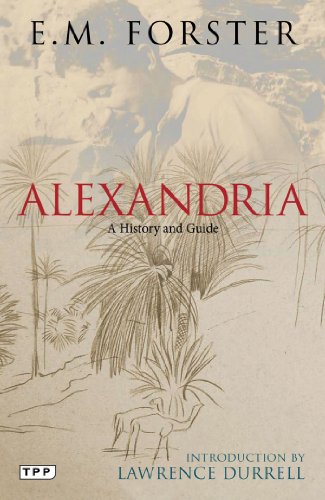 "Alexandria is still alive and alters even when one tries to sum her up... Only the climate, only the north wind and the sea remain as pure as when Menelaus, the first visitor, landed three thousand years ago..." - E.M. Forster

In the autumn of 1915, in a slightly heroic mood, E.M. Forster arrived in Alexandria, full of lofty ideals as a volunteer for the Red Cross. Yet most of his time was spent exploring the magic, antiquity and complexity of the place in order to cope with living in what he saw as a "funk-hole". With a novelist's pen, he brings to life the fabled, romantic city of Alexander the Great, capital of Graeco-Roman Egypt, beacon of light and culture symbolized by the Pharaohs, where the doomed love affair of Antony and Cleopatra was played out and the greatest library the world has ever known was built. Threading 3,000 years of history with vibrant strands of literature and punctuating the narrative with his own experiences, Forster immortalized Alexandria, painting an incomparable portrait of the great city and, inadvertently, himself.

'This work is something more than just a work of literary piety devoted to that strange and evocative city called Alexandria... it succeeds in being a small work of art, for it contains some of Forster's best prose as well as felicities of touch only a novelist of major talent could command. Vintage Forster.'
Lawrence Durrell

'During the First World War, Forster was posted to Alexandria with the International Red Cross. He depicts the place with such passion and zest, it is clear that he is delighted in being marooned there... this book is a must for anyone planning a trip to Egypt's 'second capital'.'
The Lady

'An elegant and deeply personal history of Alexandria, charting its rise and development in elegant prose, and capturing the essence of a place replete with the shades of Pharaohs, Anthony and Cleopatra, and Napoleon.' --Good Book Guide

E.M. Forster (1879-1970) was perhaps the most quintessential of English novelists. From the stifling drawing rooms of Howard's End to the dust and dark undercurrents of Passage to India, he captured the spirit of his time in a way that has made his six novels unforgettable and much-loved classics.