Articoli correlati a Reinventing Sustainability: How archaeology can save...

Guttmann-bond, Erika Reinventing Sustainability: How archaeology can save the planet

Reinventing Sustainability: How archaeology can save the planet 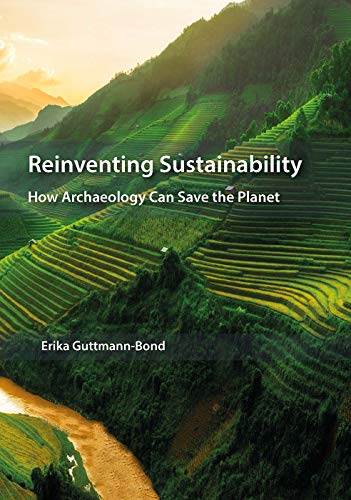 Reinventing Sustainability: How Archaeology can Save the Planet

Reinventing Sustainability: How Archaeology can Save the Planet Paperback

Reinventing Sustainability: How Archaeology can Save the Planet

Reinventing Sustainability: How Archaeology Can Save the Planet (Paperback)

Descrizione libro Paperback. Condizione: New. Language: English. Brand new Book. There have been many books written about what we can learn from the failures of the past, but I want to take a more optimistic view, focussing on what we have to learn from past successes. This book is about sustainable agriculture and architecture in the past, and the engineering works that supported them, but it also looks to the future. Ancient technologies are what engineers define as 'intermediate', which means that they are often simple, low in cost and they depend on local materials. Significantly, they don't require fossil fuels. There is a lot that we in the West can learn from the past and from developing countries where people still practice traditional agriculture, and there is now broad agreement among many governments, non-government organisations, engineers and agronomists, as well as the United Nations, that intermediate technologies are often the most appropriate way forward in developing countries. The New Green Revolution is looking to traditional knowledge to solve problems of decreasing yields and environmental impoverishment, rather than to technology that is dependent on the diminishing resource of fossil fuels. This subject is controversial and I have been accused of suggesting 'pie in the sky' ideas, but the re-introductions I'm suggesting are already being carried out in countries all over the world. Water harvesting and other dryland systems are being re-introduced in Egypt, Iraq, Jordan, Libya, Morocco, Pakistan, Syria, Tunisia, Yemen, Afghanistan and Oman. Other early technologies are being put back to work in Peru, Bolivia, India, Bangladesh, Niger, Burkina Faso and many more. I would like to raise awareness of the fact that we already have the technology to make sweeping improvements to the way that we grow food and manage the environment; we could be producing more food per hectare, and we could be doing it more sustainably. I introduce many case studies of successful reintroductions that demonstrate how this can be done. These studies demonstrate that sustainable agriculture is often not only cheaper than industrialised agriculture, but it is also more productive per hectare. As the climate changes, it is imperative that we come up with new ways of managing our environment. Deserts are spreading, wetlands will expand as the sea level rises, and we need to find ways to cope with a growing population. Climate change is increasing the severity of storms, and I discuss the varieties of vernacular architecture that are better suited to withstanding storms and other extreme conditions. I am not advocating a wholesale return to past technologies, nor am I suggesting the adoption of early technology in place of modern engineering and agriculture. What I am suggesting is that we combine some aspects of early technology with new systems and inventions such as solar energy, to create a healthier, more sustainable and environmentally richer planet. Codice articolo BZE9781785709920