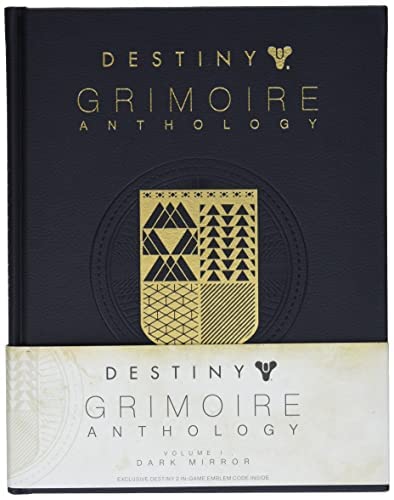 Descrizione libro Hardback. Condizione: New. Language: English. Brand new Book. Bungie presents the Destiny Grimoire Anthology, a must-have collectible lore compendium designed and assembled for Destiny's devoted and enlightened scholars and lore lovers, as well as fans of fantasy and science fiction storytelling. Until now, the myths, mysteries, and machinations of the Destiny universe were found hidden throughout the worlds-enticing threads that hinted at a greater tapestry. The Destiny Grimoire Anthology weaves tales from multiple sources together for the first time, casting new light on Destiny's most legendary heroes, infamous villains, and their greatest moments of triumph and tragedy. This volume illuminates a facet of the world of Destiny, and challenges players' thoughts and assumptions on what it means to be a Guardian, offering new and differing perspectives on the cosmic war that rages between the Traveler and its ancient enemies. Codice articolo AA79781789091373