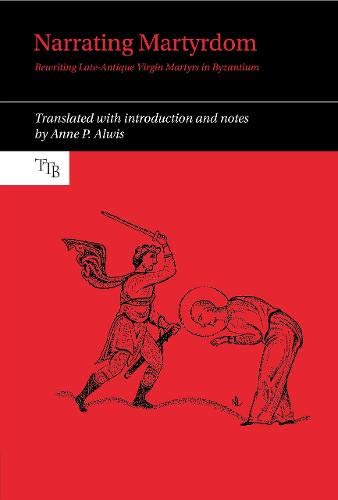 Descrizione libro Liverpool University Press, United Kingdom, 2020. Hardback. Condizione: New. Language: English. Brand new Book. This book reconceives the rewriting of Byzantine hagiography between the eighth and fourteenth centuries as a skilful initiative in communication and creative freedom, and as a form of authorship. Three men - Makarios (late C13th-C14th), a monk; Constantine Akropolites (d.c.1324), a statesman; and an Anonymous educated wordsmith (c. C9th) - each opted to rewrite the martyrdom of a female virgin saint who suffered and died centuries earlier. Their adaptations, respectively, were of St. Ia of Persia (modern-day Iran), St. Horaiozele of Constantinople, and St. Tatiana of Rome. Ia is described as a victim of the persecutions of the Persian Shahanshah, Shapur II (309-79 C.E), Horaiozele was allegedly a disciple of St Andrew and killed anachronistically under the emperor Decius (249-51 C.E), and Tatiana, we are told, was a deaconess, martyred during the reign of emperor Alexander Severus (222-35 C.E). Makarios, Akropolites, and the Anonymous knowingly tailored their compositions to influence an audience and to foster their individual interests. The implications arising from these studies are far-reaching: this monograph considers the agency of the hagiographer, the instrumental use of the authorial persona and its impact on the audience, and hagiography as a layered discourse. The book also provides the first translations and commentaries of the martyrdoms of these virgin martyrs. Codice articolo AAN9781789621556

Descrizione libro Hardcover. Condizione: New. Hardcover. This book reconceives the rewriting of Byzantine hagiography between the eighth and fourteenth centuries as a skilful initiative in communication and creative freedom, and as .Shipping may be from our Sydney, NSW warehouse or from our UK or US warehouse, depending on stock availability. 240 pages. 0.400. Codice articolo 9781789621556