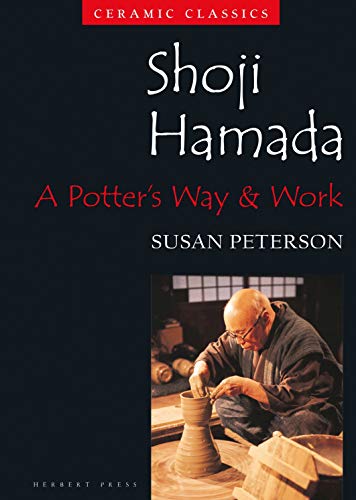 Descrizione libro Bloomsbury Publishing PLC, United Kingdom, 2020. Paperback. Condizione: New. Language: English. Brand new Book. Shoji Hamada was one of the seminal figures in 20th century ceramics. Along with the British potter Bernard Leach, he was instrumental in the development of the international Studio Pottery movement in the early 1900s. Their dramatic influences are still felt today, particularly in the United States and Great Britain. Hamada, also a major figure in Japan's folk art revival, was designated a 'Living National Treasure' by the Japanese government in 1955 and awarded the Order of Culture, in 1968.Shoji Hamada is an ebullient, fascinating portrait of a great potter, tracing his place in the ceramic tradition and revealing a keen perception of his energetic life style, his dazzling work cycle, and intriguing specifics about the firing of his kilns. The text and over 200 new colour photographs from Peterson's 1970 stay at Hamada's compound present a wealth of detail about techniques and process. Equally important are the author's insights depicting Hamada's bequest to us: one whose life was concentrated toward the perpetuation and achievement of fundamental, unchanging and universal values and goals.In this completely re-designed and updated version of her classic book, Susan Peterson brings together the East-West connection personified by Hamada and Leach. In a completely new concluding chapter, she assesses Hamada's ongoing legacy to the world of studio pottery. This is an authoritative account of one of the towering figures in the ceramics world by one of the first people to welcome him to America in the early 1950s. The book is a must for anyone interested in the evolvement of hand pottery and the dynamics of ceramics in general. Codice articolo AAZ9781789940268

Descrizione libro Herbert Press, 2020. Paperback. Condizione: New. Paperback. Shoji Hamada, along with Bernard Leach, was one of the key figures in the development of studio pottery in the 20th century. His influence both in England and the US as well as in his nati.Shipping may be from multiple locations in the US or from the UK, depending on stock availability. 240 pages. 0.752. Codice articolo 9781789940268