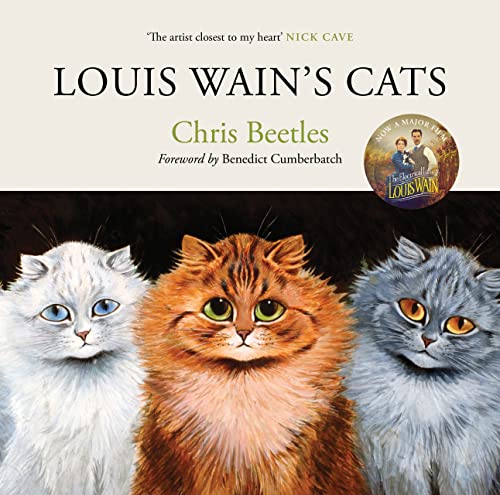 Descrizione libro Hardback. Condizione: New. Louis Wain (illustratore). Main. Language: English. Brand new Book. 'Chris Beetles' book is a joy, an inspiration and as thorough a document into understanding the life and times of Louis Wain as one could hope to read' - Benedict Cumberbatch'Louis Wain invented a cat style, a cat society, a whole cat world'. Broadcast in 1925 by H.G. Wells, these words characteristically foretold the future of the Wain cat which has, once more, become the century's most recognisable image in cat art. During their heyday, in the time before the First World War, Louis Wain's cats, dressed as humans, portrayed that stylish Edwardian world having fun: at restaurants and tea parties, going to the Race and the Seaside, celebrating at Christmas and Birthdays, and disporting themselves with exuberant games of tennis, bowls, cricket and football. This is a titillating world of cats at play, uninhibited and slightly dangerous, with most group activities likely to turn into mishap, mayhem and catastrophe. This is Wain's world, funny, edgy and animated: a whole cat world.The first comprehensive exhibition of Wain's work was held at the Victoria and Albert Museum in London in 1972 and, since then, Louis Wain has steadily become more fashionable, and collected worldwide. This biography contains 300 plates of richness and variety, all of which are reproduced faithfully from the original artwork. Codice articolo AA99781838854706