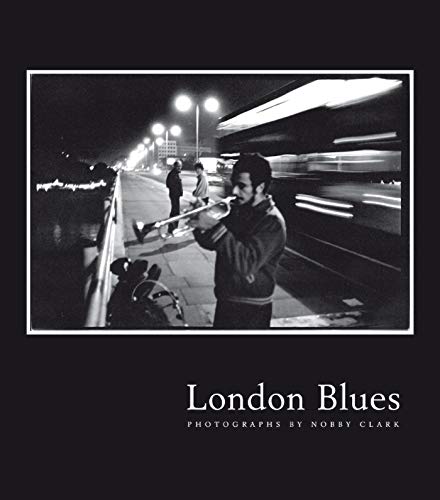 Nobby Clark is well-known for his theater photographs. This, however, is a more personal project, the result of carrying a small camera around the streets of London for over forty years, “Taking photos of my town—its people, buildings, the river . . . it changes every day. London is my Landscape.” London Blues was published alongside a major exhibition at the National Theatre. The photographs from the book will make their US debut at Tribeca Arches in New York, and will be on view from November 18 to December 20, 2008.

Nobby Clark started working as a photographer in 1969 and soon found a home at The Observer, establishing himself throughout the '70s and '80s as one of the country's finest portrait photographers. Perhaps best known for his theater photography, over time Clark has built relationships with directors, writers, and actors who appreciate his dedicated approach. He has been commissioned by most of the major theater, opera, and ballet companies in the United Kingdom. In 1997 he branched out when he directed the television series Billy Connolly's World Tour of Australia for the BBC.