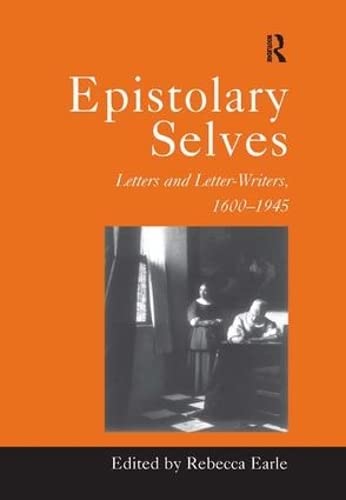 This volume of ten essays discusses the pivotal role that letters have played in social, economic and political history from the seventeenth to the twentieth century. The recent scholarly interest in the history of reading has as yet yielded few studies which consider letters as a category of readable material. The contributors to this book seek to redress this oversight, viewing letters as texts which can reveal information, not only about their writers and readers, but about the wider historical context in which they were written. Topics covered include the mercantile letter, diplomatic correspondence, and what these epistolary forms suggest about the rise of a polite, literate culture in the eighteenth century; the experience of immigration from Europe to America during the nineteenth and twentieth centuries; the relationship through the letter; and the working of gender in the epistolary form. Rebecca Earle provides an overview of how the study of letter-writing can open up new avenues of historical as well as literary investigation. This, together with contributions form leading international scholars, makes Epistolary Selves an essential text for those researching the letter genre.