Articoli correlati a The Neville Chamberlain Diary Letters: Volume 1: The...

The Neville Chamberlain Diary Letters: Volume 1: The Making of a Politician, 1915–20

The Neville Chamberlain Diary Letters: Volume 1: The Making of a Politician, 1915–20 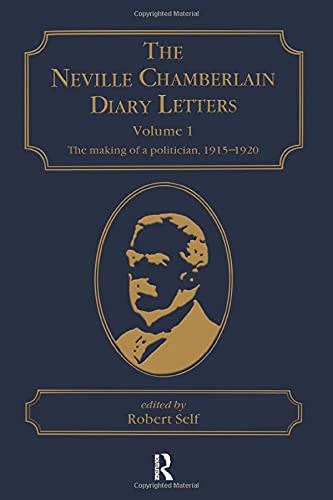 As a primary source of historical evidence and insight, it is difficult to overstate the value and importance of Neville Chamberlain's diary letters to his sisters.Â They represent the most complete and illuminating 'insider' record of British politics between the wars yet to be published.Â From 1915 Chamberlain wrote detailed weekly epistles to his sisters until his death in 1940; a confidential account of events covering the quarter of a century during which he stood at the very centre of Conservative and national politics.Â Beyond the fascination of the historical record of people and events, these letters are extremely valuable for the remarkable light they throw upon the personality and character of the private man lurking behind the austerely forbidding public persona.