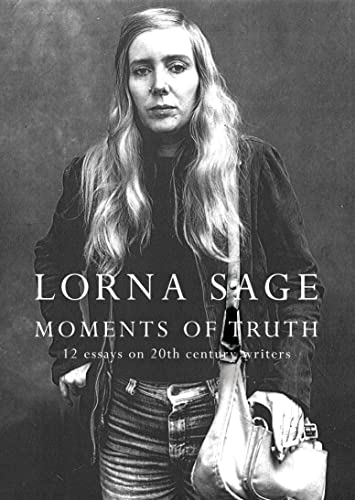 Accessible, jargon-free, and with her characteristic clear intelligence, Lorna Sage looks at the ways in which pre-war women writers, some famous, some less well known, invented themselves as authors in the face of the rigid conceptions of feminine creativity which prevailed at the time.

Women who moved in literary circles in the first half of the twentieth century were 'helpmeets or patrons, muses or mistresses, not artists in their own right.' All the writers above struggled, in different ways, to discover their own 'voice' while being faced with stifling conceptions of feminine creativity. Lorna Sage discovers in these women's writings, the revelatory moment when each one locates her distinctive voice, finds her calling (or fails to), or refashions herself as an author.

Most of these writers are now canonised, others remain on the fringes of out attention. All of them had trouble inventing themselves, and some did it more than once. Virginia Woolf, in her early fiction, was freeing herself from the accumulated meanings that literary tradition had loaded on to young women; Katherine Mansfield in her gem-like short stories transforms her experiences of displacement and impermanence into the very substance of her work. Djuna Barnes who produced one masterpiece, 'Nightwood', felt that her originality exiled her in singularity. The Second Sex by Simone de Beauvoir, the only piece of non-fiction covered in the book, is read as an anti-fiction, devoted to demolishing myths about feminine character and destiny. Other writers never found themselves a home – Violet Trefusis's stylish comedies which dissect the heart of extraordinary privilege to reveal unfreedom, mocked her own talent and is now seldom remembered. Accessible and fiercely intelligent, this book looks at the process by which particular books – and whole writing lives – materialised against the odds. A mixture of close reading with a breathtaking sensitivity to nuances, and fascinating biographical exploration, Lorna Sage's Moments of Truth sends you back to discover or rediscover the authors.

Lorna Sage was professor of English at the University of East Anglia. Her previous books include Women in the House of Fiction, The Cambridge Guide to Women's Writing in English, a short monograph on Angela Carter, and Bad Blood, which was winner of the 2000 Whitbread Biography Award. She died in January 2001.

The central and unifying theme of this book is the writer's vocation – the moments at which these writers of the last century came into their own, and found their distinctive voices. Most of them are now canonised, others remain on the fringes of our attention. All of them had trouble inventing themselves, and some did it more than once. 'Moments of Truth' looks at the process by which particular books – and whole writing lives – materialised against the odds.