Articoli correlati a The Queen of Fire and Air: penultimate Gordianus

Saylor, Steven The Queen of Fire and Air: penultimate Gordianus

The Queen of Fire and Air: penultimate Gordianus 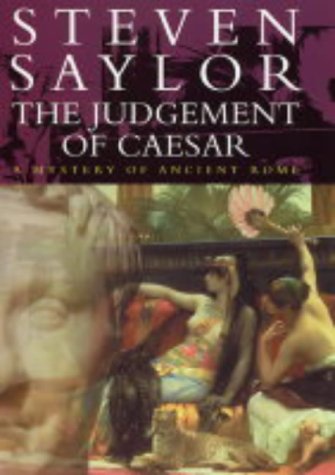 The civil wars that have consumed both Rome and Egypt are about to reach their climax in the fabled city of Alexandria, capital of Egypt. Gordianus will witness the death throes of the old world, and play a crucial role in the birth of the world to come. For years, across seas and continents, the rival Roman generals Caesar and Pompey have engaged in a contest for world domination. Now Pompey, his forces destroyed at the battle of Pharsalus in Greece, flees to Egypt, hoping to make a last desperate stand on the banks of the Nile. But Egypt is a treacherous land, torn apart by the murderous rivalry between Queen Cleopatra and her brother King Ptolemy. Caesar, too, is on his way to Egypt, where his legendary encounter with the goddess-queen will spark a romance that reverberates down the centuries. Into this hothouse atmosphere of intrigue and deception comes Gordianus the Finder, seeking a cure for his wife Bethesda in the sacred waters of the Nile. But when his plans go awry, he finds himself engaged in an even more desperate pursuit - to prove the innocence of the son he once disowned.

Steven has been a newspaper and magazine editor, and a literary agent. Steven was born in Texas in 1956 and graduated with high honors from the University of Texas at Austin, where he studied history and Classics. He divides his time between homes in Berkeley, California, and Austin, Texas.