Articoli correlati a Perfect Soldiers: The 9/11 Hijackers - Who They Were,...

McDermott, Terry Perfect Soldiers: The 9/11 Hijackers - Who They Were, Why They Did It

Perfect Soldiers: The 9/11 Hijackers - Who They Were, Why They Did It 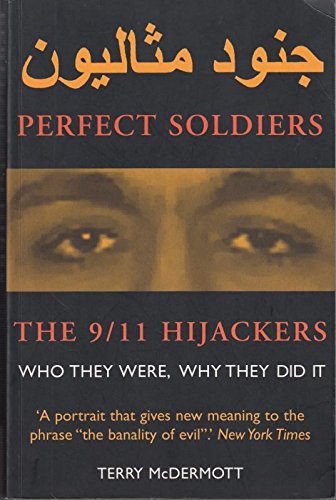 The first full-scale investigation into the men and motives behind the September 11 attacks The men behind the September 11 attacks have been caricatured in various ways by the media - as evil geniuses on one end of the scale, to deluded fanatics on the other. There is a tendency to assume that because these men were responsible for such a monstrous act, then they themselves must be monsters, born killers and fanatics. Terry McDermott's investigation reveals that in reality, most of the nineteen hijackers came from apolitical and only moderately religious backgrounds. He traces the historical and political events and circumstances that led to the evolution of these men into devout, pious Muslims. In fundamentalist Islam, religion and politics are inseparable; the young men who gathered in Hamburg saw themselves as soldiers of God. Matching unrivalled research with a narrative that is by turns shocking, wry and thought-provoking, McDermott reaches a better understanding of who these people were and what moved them to such terrorism. Published to coincide with the fourth anniversary of the September 11 attacks An eye-opening account from an award-winning investigative reporter Comprehensively researched, this is the first full-scale investigation into the motives and psychology of the men responsible for the 9/11 attacks

2. Perfect Soldiers: The Hijackers - Who They Were, Why They Did It

Descrizione libro Politico's Publishing Ltd, 2005. Condizione: Good. This is an ex-library book and may have the usual library/used-book markings inside.This book has soft covers. In good all round condition. Please note the Image in this listing is a stock photo and may not match the covers of the actual item,650grams, ISBN:9781842751459. Codice articolo 8564341

Descrizione libro Politico's Publishing Ltd, 2005. Paperback. Condizione: Good. Light foxing to page edges Good condition is defined as: a copy that has been read but remains in clean condition. All of the pages are intact and the cover is intact and the spine may show signs of wear. The book may have minor markings which are not specifically mentioned. Most items will be dispatched the same or the next working day. Codice articolo wbb0014466524

4. Perfect Soldiers: The 9/11 Hijackers - Who They Were, Why They Did It McDermott, Terry

Descrizione libro Condizione: fine. Perfect Soldiers: The 9/11 Hijackers - Who They Were, Why They Did It McDermott, Terry. Codice articolo HIPPO0002987

Descrizione libro Politico's Publishing Ltd, 2005. Paperback. Condizione: Very Good. WE ARE PROCESSING ORDERS AS NORMAL DURING THIS VIRUS EPIDEMIC, ALL ITEMS ARE SENT BY ROYAL MAIL. DISPATCHED FROM THE UK WITHIN 24 HOURS ( BOOKS ORDERED OVER THE WEEKEND DISPATCHED ON MONDAY) BY ROYAL MAIL. ALL OVERSEAS ORDERS SENT BY AIR MAIL. WE ALSO ACCEPT PAYMENT IN US DOLLARS OR EURO BY BANK TRANSFER. Codice articolo mon0000574834