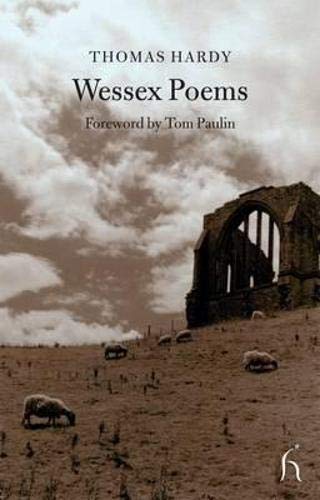 Thomas Hardy claimed that his first love had always been poetry, but it was not until the age of 58 that this first collection, written over a period of 30 years, was published. Wessex was the "partly-real, partly-dream" county that formed the backdrop for most of Hardy's writings?named after an Anglo-Saxon kingdom and modeled on the real counties of Berkshire, Devon, Dorset, Hampshire, Somerset, and Wiltshire. The poems deal with classic Hardy themes of disappointment in love and life, and the struggle to live a meaningful life in an indifferent world. Although Hardy's poetry was not as well received as his fiction, he continued to publish collections until his death, and thanks in part to the influence of Philip Larkin, he is increasingly realized as a poet of great stature.

'This collection is a notable expression of Hardy s folkloric imagination and needs to be read outside the collected poems, as he first intended it should be... 'Wessex Poems' is brimful of characters, each with their own distinctive voice' --Tom Paulin

'...a delightful new edition of Hardy's 'Wessex Poems'...The charm of this edition lies principally in the reproduction of Hardy's original engravings. In the 1898 Preface, Hardy wrote: ''The dates attached to some of the poems do not apply to the rough sketches given in illustration, which have been recently made, and, as may be surmised, are inserted for personal and local reasons rather than for their intrinsic qualities.'' The reader is thus enticed to deduce the nature of the 'personal' and 'local' significance of these captivating engravings.' --The Hardy Society Journal

Thomas Hardy (1840?1928) is generally regarded as one of the greatest figures in English literature, and his key works include Tess of the D'Urbervilles and Jude the Obscure.

Descrizione libro Hesperus Press Ltd, 2007. Paperback. Condizione: Used; Good. **SHIPPED FROM UK** We believe you will be completely satisfied with our quick and reliable service. All orders are dispatched as swiftly as possible! Buy with confidence! Aloysius Ihezie. Codice articolo 3552032

Descrizione libro -. Paperback. Condizione: Very Good. Wessex Poems (Hesperus Classics) This book is in very good condition and will be shipped within 24 hours of ordering. The cover may have some limited signs of wear but the pages are clean, intact and the spine remains undamaged. This book has clearly been well maintained and looked after thus far. Money back guarantee if you are not satisfied. See all our books here, order more than 1 book and get discounted shipping. Codice articolo 7719-9781843911487

Descrizione libro Hesperus Press Ltd 12/04/2007, 2007. Paperback. Condizione: Very Good. Shipped within 24 hours from our UK warehouse. Clean, undamaged book with no damage to pages and minimal wear to the cover. Spine still tight, in very good condition. Remember if you are not happy, you are covered by our 100% money back guarantee. Codice articolo 6545-9781843911487

Descrizione libro Hesperus Press Ltd, United Kingdom, London, 2007. Paperback. Condizione: Very Good. The book has been read, but is in excellent condition. Pages are intact and not marred by notes or highlighting. The spine remains undamaged. Codice articolo GOR005023999

Descrizione libro Hesperus Press. Paperback. Condizione: GOOD. Spine creases, wear to binding and pages from reading. May contain limited notes, underlining or highlighting that does affect the text. Possible ex library copy, will have the markings and stickers associated from the library. Accessories such as CD, codes, toys, may not be included. Codice articolo 3343979388

Descrizione libro Hesperus Press, 2007. Condizione: Good. A+ Customer service! Satisfaction Guaranteed! Book is in Used-Good condition. Pages and cover are clean and intact. Used items may not include supplementary materials such as CDs or access codes. May show signs of minor shelf wear and contain limited notes and highlighting. Codice articolo 1843911485-2-4