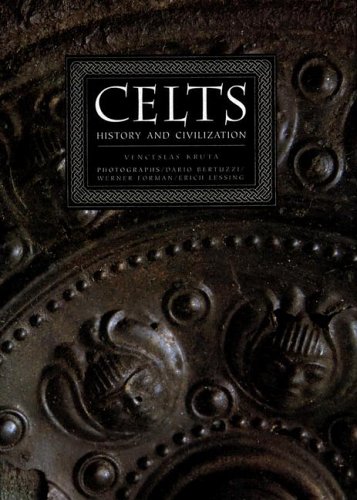 For many centuries the Celts were the dominant population throughout vast areas of Europe: from the Atlantic to the Carpathians; from the great plains of the North to the northern coasts of the Mediterranean. Many European countries have been profoundly influenced by their Celtic origins, and Celtic languages are still spoken in countries such as Ireland, Wales, Scptland and Bretagne. Best known for their bravery during wartime and their battles with their surrounding neighbours, the Celts were also remarkable artisans - particularly skilled at working with wood and metals. They also used their knowledge of agriculture to found the first towns in the north of the Alps. The Celts did not leave behind huge visible monuments; however, the thousands of objects that have been discovered are surprisingly original, and are evidence of a sophisticated craftsmanship, culture and society. This book features wonderful photographs and illustrations of the Celts' remaining legacy, as well as a depth of information on Celtic culture that will help the reader trace the fundamental elements of European culture.

1. The Celts: History and Civilisation