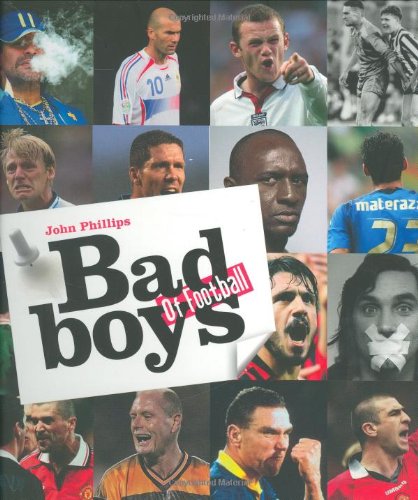 It takes two special talents to get into "Bad Boys of Football". First, you have to be a top footballer, so that rules out 99 per cent of the population; then you have to be a very, very bad lad. How bad? Well a little bit of drunk and disorderly isn't enough. Prepared to put it about a bit on the field? That won't work either. We are talking seriously flawed, but outstanding talents. What a line-up we have here: Harald Schumacher in goal; central defenders Marco Materazzi and Claudio Gentile, which suggests going down to the wing...to encounter Stuart "Psycho" Pearce or Pedro Monzon; it's a quiet midfield with Roy Keane, Vinnie Jones, Dennis Wise and George Best on patrol; and angels such as Eric Cantona and Diego Maradona up front. Just think, there are only places on the bench the likes of Paul Gascoigne, Hristo Stoichkov, Jose Luis Chilavert, Wayne Rooney, Diego Simone, Zinedine Zidane, Gennaro Gattuso and Paul Breitner. Seriously, this is a collection of biographies of footballers who make or made as much news for their attitude and off-field behaviour as their skill and outstanding feats on it. Filled with quotes from the players themselves and their contemporaries, "Bad Boys of Football" goes in hard, and a bit over the top!