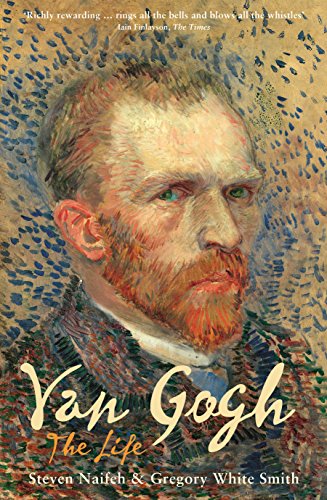 Vincent van Gogh created some of the best loved - and most expensive - works of art ever made, from the early The Potato Eaters to his late masterpieces Sunflowers and The Starry Night. He had worked as an art dealer, a missionary and as a teacher in England, and only in his late twenties did he begin a life that would be fundamental in shaping modern art. But when he died in Auvers-sur-Oise in 1890 at the age of thirty-seven he was largely unknown. Written with the cooperation of the Van Gogh Museum, Pulitzer-winning authors Steven Naifeh and Gregory White Smith recreate his extraordinary life, and the inside of his troubled mind, like never before - and they put forward an explosive new theory challenging the widespread belief that Van Gogh took his own life. Drawing for the first time on all of his (and his family's) extensive letters, which offer exquisite glimpses into his thoughts and feelings, this is the definitive portrait of one of the world's cultural giants.

The authors of this mammoth new life have done an excellent job, putting together a fast-moving narrative that scarcely slackens (Martin Gayford Sunday Telegraph 2011-11-13)

How pleased we should be that Naifeh and Smith have rendered so exquisitely and respectfully van Gogh's short, intense, and wholly interesting life. (Roberta Silman Boston Globe 2011-10-28)

Enormous and engrossing ... the story has a momentum that justifies the time it takes to tell it (Economist 2011-11-04)

In terms of scholarship and readability, this hefty tome is impressive. It is rich with detail, while its narrative never flags (Fisun Güner Metro 2011-11-02)

The definitive and explosive biography, based on new material, by the bestselling, prize-winning authors of Pollock.