Articoli correlati a London through a lens [Lingua Inglese]

Time Out Guides Ltd London through a lens [Lingua Inglese]

London through a lens [Lingua Inglese] 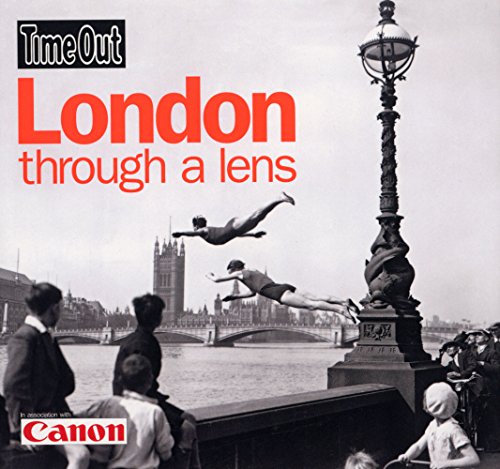 The capital like you've never seen it before. London through a lens brings together over 200 photos of London from the birth of photography to the present. Based on the popular slot in the weekly Time Out magazine, it avoids the usual tourist clichés in favour of beautiful, shocking, intriguing and amusing pictures - each with explanatory text - that create a vibrant portrait of London's many faces. Taken from the vast archives of Getty Images, the photos mix the momentous and the mundane, cultural highs and sporting lows, iconic buildings and forgotten streets, famous figures and ordinary Londoners. Some are by acclaimed photographers, some by anonymous snappers, and many are rare or never published. The result: a rich and arresting visual biography - and the perfect gift for anyone interested in London.

London like you've never seen it before, from the birth of photography to now

Founded in 1968, Time Out has grown from humble beginnings into the leading resource for anyone wanting to know what’s happening in the world’s greatest cities. Alongside our influential weeklies in London, New York, Chicago and Dubai, we publish more than 20 magazines in cities as varied as Beijing and Beirut; a range of travel books, with City Guides now joined by pocket-sized Shortlist series; and an information-packed website. The company remains proudly independent, still owned by Tony Elliott four decades after he launched Time Out London. Written by local experts, and illustrated with original photography, our books also retain their independence. No business has been featured because it has advertised, and all restaurants and bars are visited and reviewed anonymously.

TIME OUT LONDON THROUGH A LENS (