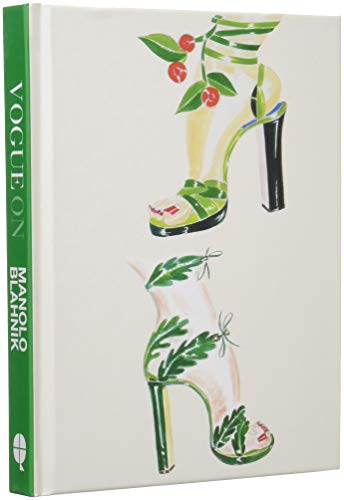 Fashion's leading shoemaker, Manolo Blahnik is one of the handful of designers whose name is synonymous with their product. His success has lasted from setting up as a shoe designer in a Chelsea boutique in the 1970s to the present day, with American Vogue's Anna Wintour declaring 'The truth is, I wear no other shoes except his'. Blahnik has collaborated with many leading fashion designers – from Ossie Clark at the start of his career and John Galliano at Dior at its height – but Blahnik's greatest achievement is to have made footwear, previously subservient to the overall concept of a look, the most important of all accessories. His many covers and features in the pages of Vogue reveal that wearing a pair of 'Manolos' is to be utterly transformed; in Blahnik's dreamy, handmade creations, a woman can reinvent her personality. She is a Lolita in his Mary-Janes and a red carpet diva in his satin mules.

Chloe Fox is a feature writer for Vogue, the Telegraph Magazine, Vanity Fair, Harper's Bazaar, The Times and The Observer.