Articoli correlati a The picture of Dorian Gray [Lingua inglese] 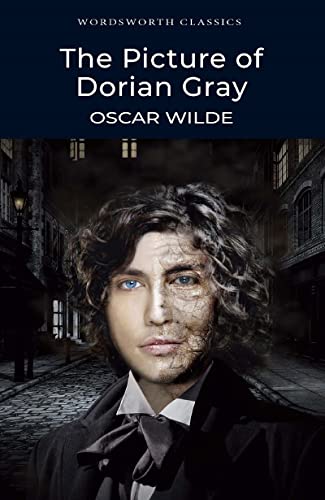 The Uncensored Picture of Dorian Gray is the latest edition of Wilde's only novel, but it is also the first. Editor Nicholas Frankel has followed the manuscript Wilde submitted to Lippincott's magazine in early 1890. Frankel poured over the original typescript and about 3,000 handwritten words Wilde added to it, restoring subtle but important romance between the three lead characters... The effect is not radical...but it is noticeable, and the book is more satisfying for his efforts... Frankel's uncensored version is closest to what Wilde intended before editors and hostile critics intervened, and it is also the most pleasurable to read... The Picture of Dorian Gray is a haunting, beautiful and important novel. -- Michael Ruffles Bangkok Post 20120910 Now, for the first time, we can read the version that Wilde intended...Both the text and Nicholas Frankel's introduction make for fascinating reading. --Sadie Stein, Paris Review, 27th June 2012

Norman Page, who has written numerous books on nineteenth- and twentieth-century fiction, has also edited The Mayor of Casterbridge for the Broadview Editions series.

The Picture of Dorian Gray (Paperback)

Descrizione libro Paperback. Condizione: New. Language: English. Brand new Book. With an Introduction and Notes by John M.L. Drew, University of Buckingham.Wilde's only novel, first published in 1890, is a brilliantly designed puzzle, intended to tease conventional minds with its exploration of the myriad interrelationships between art, life, and consequence. From its provocative Preface, challenging the reader to believe in 'art for art's sake', to its sensational conclusion, the story self-consciously experiments with the notion of sin as an element of design.Yet Wilde himself underestimated the consequences of his experiment, and its capacity to outrage the Victorian establishment. Its words returned to haunt him in his court appearances in 1895, and he later recalled the 'note of doom' which runs like 'a purple thread' through its carefully crafted prose. Codice articolo AAZ9781853260155

Descrizione libro Paperback / softback. Condizione: New. New copy - Usually dispatched within 4 working days. Experiments with the notion of sin as an element of design. This novel is a puzzle, intended to tease conventional minds with its exploration of the myriad interrelationships between art, life, and consequence. Codice articolo B9781853260155