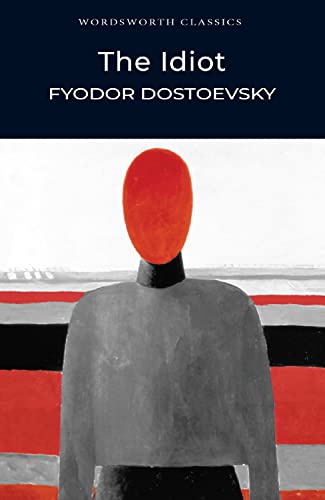 Returning to St. Petersburg from a Swiss sanatorium, the gentle and naive Prince Myshkin - known as 'the idiot' - pays a visit to his distant relative General Yepanchin and proceeds to charm the General, his wife and his three daughters. But his life is thrown into turmoil when he chances on a photograph of the beautiful Nastasya Filippovna. Utterly infatuated with her, he soon finds himself caught up in a love triangle and drawn into a web of blackmail, betrayal and, finally, murder. In Prince Myshkin, Dostoyevsky set out to portray the purity of 'a truly beautiful soul' and to explore the perils that innocence and goodness face in a corrupt world.

Fyodor Mikhailovich Dostoevsky (1821-1881) is a Russian novelist. Of his eleven novels, his three most famous were written later in life: Crime and Punishment, The Idiot and The Brothers Karamazov. His books have been translated into over 170 languages, and have sold over 15 million copies.

Descrizione libro Wordsworth Editions Ltd, United Kingdom, 1998. Paperback. Condizione: New. Language: English. Brand new Book. Translated by Constance Garnett, with an Introduction and Notes by Agnes Cardinal, Honorary Senior Lecturer in Comparative Literature at the University of Kent.Prince Myshkin returns to Russia from an asylum in Switzerland. As he becomes embroiled in the frantic amatory and financial intrigues which centre around a cast of brilliantly realised characters and which ultimately lead to tragedy, he emerges as a unique combination of the Christian ideal of perfection and Dostoevsky's own views, afflictions and manners. His serene selflessness is contrasted with the worldly qualities of every other character in the novel. Dostoevsky supplies a harsh indictment of the Russian ruling class of his day who have created a world which cannot accomodate the goodness of this idiot. Codice articolo AAZ9781853261756

Descrizione libro 1996. Paperback. Condizione: New. Paperback. Translated by Constance Garnett, with an Introduction and Notes by Agnes Cardinal, Honorary Senior Lecturer in Comparative Literature at the University of Kent. Prince Myshkin returns to .Shipping may be from multiple locations in the US or from the UK, depending on stock availability. 592 pages. 0.365. Codice articolo 9781853261756