Articoli correlati a English in Wales: Diversity, Conflict and Change 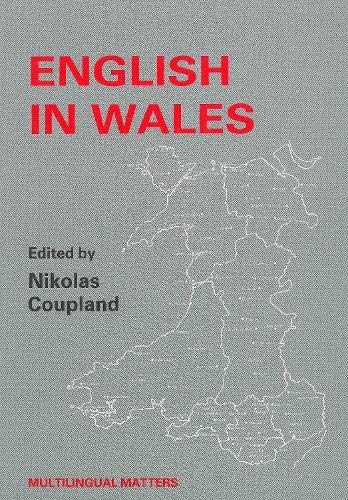 This sociolinguistic perspective on Wales takes account of both principal languages, in contemporary life and in history. It traces the conflicts and mutual influences of the two languages in shaping the sociolinguistic character of Wales and traces the way in which it has simultaneously come to function, for many Welsh people, as a vehicle for cultural continuity, the means to an Anglo-Welsh identity. It brings together original descriptive and interpretive studies by eminent researchers from a varity of academic disciplines concerned with English in Wales - sociolinguistics, dialectology, geolinguistics, cultural history and social psychology. In a detailed study of Gwent the complex political cultural processes involved in the Anglicization of Wales are highlighted and in a series of community dialect sketches the extent of diversity within varieties of Welsh English is shown.

Descrizione libro Multilingual Matters, 1989. Paperback. Condizione: Used; Acceptable. Dust jacket is damaged **Simply Brit** Shipped with Premium postal service within 24 hours from the UK with impressive delivery time. We have dispatched from our book depository; items of good condition to over ten million satisfied customers worldwide. We are committed to providing you with reliable and efficient service at all times. Codice articolo 2968422