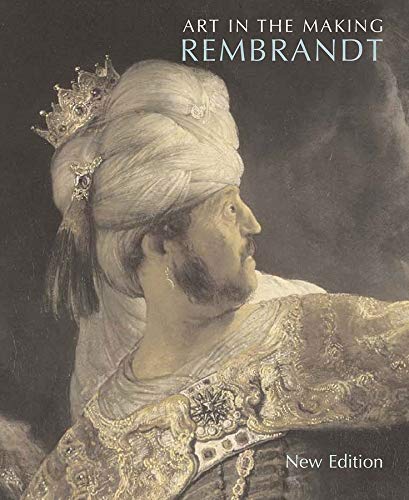 Art in the Making: Rembrandt was first published in 1988. Publication of this new edition marks the 400th anniversary of the artist's birth in 1606. The book takes account of significant developments in Rembrandt scholarship over the last 20 years, and addresses problems of attribution that were hardly touched on in the original edition. All the works originally catalogued are included here, although some have been reassessed, and new entries have been added for paintings once attributed to Rembrandt but now considered to be by other hands. What remains the same is the scrupulous examination of every work that forms the basis for the descriptions of technique and arguments for attribution.
Introductory essays cover the artist's studio and working methods, the training of painters in seventeenth-century Holland, and Rembrandt's materials and technique. The essays are followed by catalogue entries on 21 paintings firmly attributed to Rembrandt, and six now assigned to followers. A comprehensive bibliography provides a rich source of information about the practice of oil painting, not only for Rembrandt but for seventeenth-century Dutch painting in general. Tables conveniently summarise the results of analysis of the ground layers and paint medium of the National Gallery's Rembrandts.

Art in the Making: Rembrandt