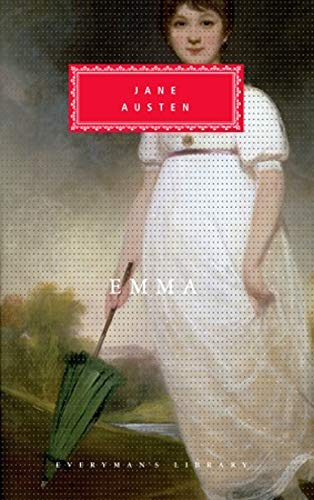 Emma Wodehouse has led a simple life, but during the course of this, she at last reaps her share of the world's vexations. In this comedy of manners, the heroine learns to come to terms with the reality of other people, and with her own erring nature.

Jane Austen was born in Steventon rectory on 16 December 1775. Her family later moved to Bath, then to Southampton and finally to Chawton in Hampshire. She began writing Pride and Prejudice when she was twenty-two years old. It was originally called First Impressions and was initially rejected by the publishers and only published in 1813 after much revision. She published four of her novels in her lifetime, Sense and Sensibility (1811), Pride and Prejudice (1813), Mansfield Park (1814) and Emma (1816). Jane Austen died on 18th July 1817. Northanger Abbey and Persuasion were both published posthumously in 1818.