Articoli correlati a A Concise Guide to Military Timepieces 1880-1990 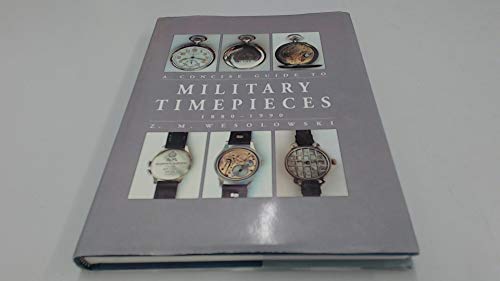 Military clocks and watches have begun to attract the attention of collectors around the world. With peace breaking out, at least in many places, surplus military timepieces have appeared on the market in greater numbers and stimulated an interest in watches and clocks from earlier times. The author has written both a fascinating work of history and a valuable guide to collectors.The wristwatch as we know it today was an invention first used in the trenches of World War I; all previous watches had been of the pocket variety. As war has steadily become more technological, the need to "synchronize your watches" has grown in importance. Since the dissolution of the Warsaw Pact, many of their military watches have become sought-after collectors items, their crude-but-effective construction seeming to typify the regimes that produced them.In typical Windrow & Greene fashion, this book features a definitive collection of military timepieces, with 380 black and white photographs of 150 models and identification markings, with a guide to current prices. Coverage includes clocks and watches used by German World War II troops, aviators, paratroopers, divers, and today's jet pilots, nuclear submarine crews and SEAL teams.