Articoli correlati a The Leopard 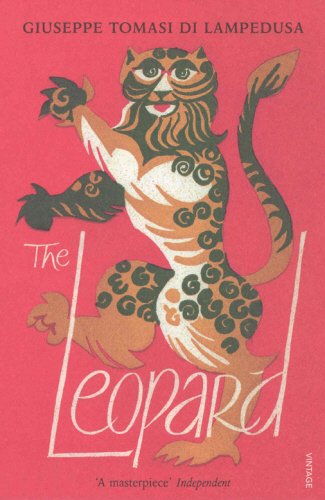 In the spring of 1860, Fabrizio, the charismatic Prince of Salina, still rules over thousands of acres and hundreds of people, including his own numerous family, in mingled splendour and squalor.Then comes Garibaldi's landing in Sicily and the Prince must decide whether to resist the forces of change or come to terms with them.

If you want everything to stay the same, things will have to change - The Leopard

Giuseppe Tomasi di Lampedusa was born on 23rd December 1896. He was the last in a line of minor princes in Sicily. He inherited the titles of the Duke of Palma and Prince of Lampedusa. He was brought up in Palermo but moved to Rome in 1915 where he was drafted into the army and fought at the Battle of Caporetto. He was captured and held in a Hungarian Prisoner of War Camp from which he later escaped. In 1932 he married Alexandra Wolff Stomersee. He died on 3rd July 1957. The Leopard was published posthumously in 1958 and won the Premio Strega in 1959.