Articoli correlati a The State Hermitage: Treasures from the Museum's... 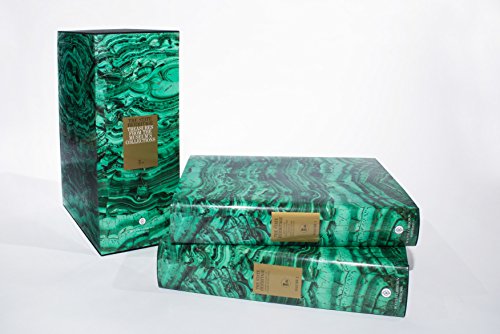 The Hermitage in St Petersburg, Russia, is one of the great museums of the world. This stunning new edition of the definitive book on the museum showcases its unparalleled collections, which span prehistory to the 20th century: Paleolithic artifacts of the 22nd millennium BC; Egyptian antiquities; Roman portrait busts; Byzantine coins; Scythian gold; Chinese prints; 19th-century Tibetan art; paintings by Leonardo and Picasso, Matisse and Rembrandt; Sèvres porcelain; Gobelins tapestries; jewelry; costumes; furniture; and much more. Recent additions, such as the Soviet porcelain collection of the Lomonosov Porcelain Museum, are also included.
Mikhail Piotrovsky's, new illustrated introduction reflect the "Greater Hermitage” project: its recent expansion across Palace Square, the museum’s new restoration and conservation center, and its affiliated museums in St Petersburg and beyond.
First published in 1994, this revised and updated two-volume set—the official publication for the 250th anniversary of the Hermitage—is an unrivaled treasury of world culture.

Two sumptuous volumes...a triumph of the art of the museum and of book creation. --The Art Newspaper, December 2014

For a once-in-a-lifetime present this book would be hard to beat. --New York Times, 2014

Mikhail Piotrovsky has been director of the State Hermitage Museum since 1992. He is the author of more than 250 works, including catalogs of Arabic manuscripts and works on Islamic political history and Arabic culture.