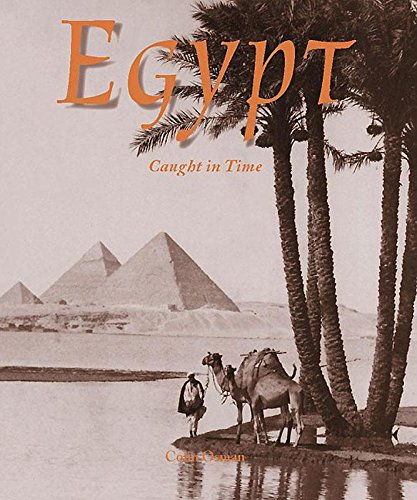 While Egypt is one of the most-photographed countries of the world, and many of its monuments are familiar sights, these photographs are evocative of life in the country before the rush of modernization swept away many traditions. Ancient temples and ruins long-since demolished for their stones, or lost under the waters of Lake Nasser, were saved for posterity in these pioneering photographs. Historical events such as the opening of the Suez Canal in 1869 and the aftermath of the British bombardment of Alexandria in 1882 are included, as well as orientalist portraits of dancing girls and musicians. The domes and minarets of the Cairo skyline present the image of a city not far from its Mamluke and Ottoman past. Even the pyramids are seen afresh when the figures before them are Arabs in traditional robes or European tourists in nineteenth-century dress. The daily life of Egypt is captured in pictures of officials, water-sellers, shopkeepers, town and country scenes, courtyard interiors and mosques.

Colin Osman was editor of The PhotoHistorian journal and editor and publisher ofCreative Camera. In 1989 he was made an Honorary Fellow of the Royal Photographic Society. He collected photographs and researched photographers working in Egypt for many years, and his collection includes the works of well-known and lesser-known photographers and early postcard-makers.