Articoli correlati a Helming to Win 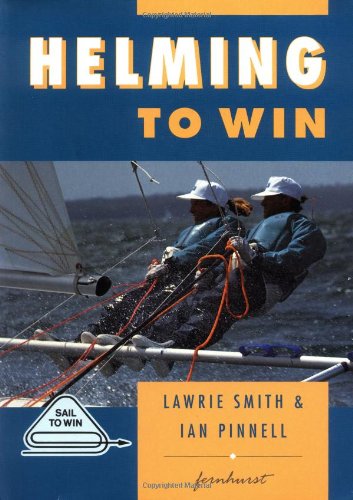 Helming To Win spotlights the techniques that will maximise your boatspeed. Two of the fastest sailors in the world explain how to tune the rig and set the sails. They look at each pint of sailing and explain how to make the boat go - in all windstrengths and in all sea conditions. The race itself is analysed, from starting techniques to picking the best end of the finish line. Helming To Win is right up to date with advice on twin-wiring and asymmetric spinnakers, and a final section highlights the important elements of putting together a campaign - time management, attitude, boat preparation and feel.

This book will propel you to the front line of the fleet, and kaybe into the lead. At last you'll be racing, instead of just sailing round the course trying to avoid the other boats.

Lawrie Smith is one of the world's best sailors:

Ian Pinnell has won thirty World, European and National championships since 1982. His achievements include:

He is currently campaigning a Soling with his sights on the Olympics.