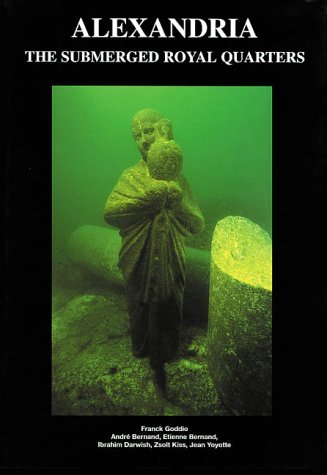 Descrizione libro Periplus Ltd., London, 1998. Hardcover. Condizione: New. Condizione sovraccoperta: New. Illustrated by Photographs and Maps (illustratore). First Edition. This slip-cased publication presents for the first time the results of the work carried out in Alexandria by the Institut European d'Archeologie Sous Marine (IEASM) . The 1992 season marks the date when the first topographical surveys were made and the archaeological campaigns of 1996 and 1997 are reported and analyzed in detail. From the first topographical survey the most modern techniques were used, which allowed the team to determine exactly the topography of the ancient Ptolemaic harbour and the city of Cleopatra. The contours of the ancient areas, today under the sea, discovery of exceptional archaeological remains, problems of ancient harbour installations and their function are discussed at length. Observations on the enigmas posed by the vast fields of submerged ruins, archaeological analysis, study of the stone blocks found, the epigraphy and a study of the pharaonica, along with an extensive comparison with the texts of ancient writers and a study of the statuary completes and enriches the subjects dealt with in this work. As well as a discussion of the results, precise data and hypotheses for further investigation are represented. 137 color photographs, 33 maps and 9 gatefolds included; 274 pages with a selected bibliography included. Printed on heavy paper, the cover of the book is the same as the slipcase in which it comes. Folio - over 12" - 15" tall. Codice articolo 002623