Articoli correlati a Strategic Missile Forces of the Russian Federation:... 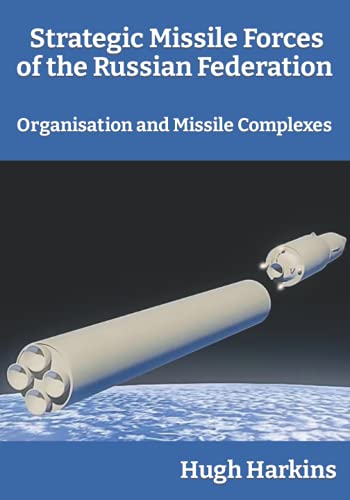 Descrizione libro Paperback. Condizione: New. Language: English. Brand new Book. In the second and third decades of the twenty first century the Russian Federation Strategic Missile Forces, the largest arm of the Russian Strategic Nuclear Forces, underwent force modernisation to ensure deterrent capability to counter proliferation of North Atlantic Treaty Organisation missile defence systems. Capability enhancements and deterrence potential would be ensured through the introduction/development of advanced intercontinental ballistic missile complexes - Yars and Sarmat - armed with a new generation of maneuverable warheads, the Avangard hypersonic glide vehicle and, longer term, the projected Kedr light intercontinental ballistic missile, revealed in 2020.The volume draws upon information from official sources to provide a picture of the Strategic Missile Forces and constituent missile systems as understood in early 2021 when it operated RT-2PM Topol, RT-2PM2/1 Topol-M, RS-24 Yars series, R-36M2, UR-100N UTTKh and Avangard complexes, with the RS-28 Sarmat then scheduled to be placed on alert the following year. In regard to Avangard and Sarmat, information is naturally scarce as these programs were, in 2021, shrouded in the highest levels of classification. However, significant data had been released to provide an informed outline of the systems, which, along with Yars, were intended to constitute the backbone of the Strategic Missile Forces through the third decade of the twenty first century.The volume adopts a factual rather than a geopolitical approach and avoids unsubstantiated data. The number of strategic strike systems, ICBM complexes etc., in service and deployed, are taken directly from the data submitted by both parties to the New Strategic Arms Reduction Treaty. All technical data concerning missile complexes and associated systems, missile formations and associated organisations, operational data, such as the Russian Federations nuclear doctrine (thresholds for the use of nuclear weapons), along with graphic material, has been furnished by the respective design bureau, manufacturers, experimental/research agencies, the Ministry of Defence of the Russian Federation and the Ministry of Foreign Affairs of the Russian Federation. Codice articolo AAV9781903630945