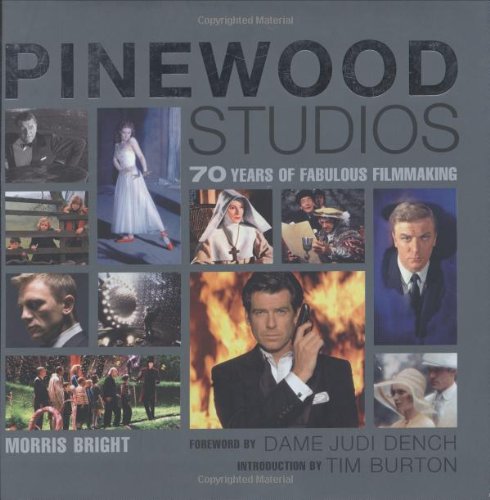 The name Pinewood Studios is synonymous with a long history astounding moviemaking. Some of the world’s most successful films have been made at Pinewood, among them such global blockbusters as Superman, Batman, Harry Potter and the Goblet of Fire, The Da Vinci Code and the ever-popular Bond films, from Dr No in 1962 right up to the highly acclaimed Casino Royale of 2006. Revered directors such as Carol Reed, Alexander Korda, David Lean, Alan Parker, Tim Burton, and Guy Ritchie all made groundbreaking and highly memorable films at Pinewood while working with actors including John Mills, Johnny Depp, Daniel Craig, Brad Pitt, Tom Hanks, Kevin Spacey,  Judi Dench, and Anthony Hopkins. Some of the world’s greatest films were shot on site as well, including the Oscar-winning Black Narcissus and Great Expectations. Today Pinewood continues to move from strength to strength through the use of the very latest in cutting-edge technology and production standards. This fabulous celebration of the studios’ first 70 years pays fitting tribute to the past and looks towards the future of this renowned film institution.

Morris Bright is a former producer at Pinewood Studios, and the author of The Lost Carry Ons, On Thora, and Shepperton Studios.