Articoli correlati a The Beautiful and Damned

The Beautiful and Damned 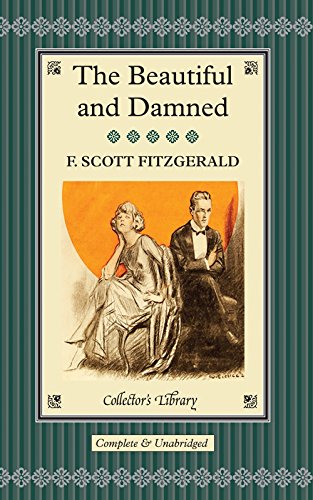 The Beautiful and Damned, F. Scott Fitzgerald’s second novel, tells the story of Anthony Patch, a 1920s socialite and presumptive heir to a tycoon’s fortune, his relationship with his wife Gloria, his service in the army, and alcoholism. The novel provides an excellent portrait of the Eastern elite as the Jazz Age begins its ascent, engulfing all classes in what will soon be known as Café Society. As with all of his other novels, it is a brilliant character study and is also an early account of the complexities of marriage and intimacy, largely based on Fitzgerald’s relationship and marriage with Zelda Fitzgerald.

Francis Scott Key Fitzgerald was born in 1896 into a well-to-do Catholic family living in St. Paul, Minnesota. His forenames were conferred on him by his proud but impecunious father in honor of a distant antecedent who had written the lyric for the United States’ national anthem. At Princeton University he turned to writing, neglected his studies, and left in 1917 to join the army when America entered the First World War. He believed he would be killed at the front, but was sent not to Europe, but to a camp in Alabama, where he met Zelda Sayre and fell in love. His novels include This Side of Paradise, The Beautiful and Damned, The Great Gatsby, and Tender Is the Night. He was midway through a novel of Hollywood life, The Love of the Last Tycoon, when he died in 1940.

1. The Beautiful and Damned

2. The Beautiful and Damned