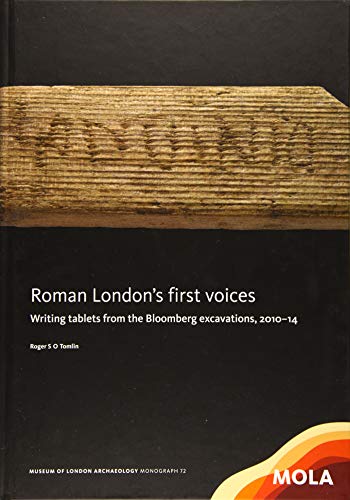 This publication presents research into Britain’s largest, earliest and most significant collection of Roman waxed writing tablets. The collection, which boasts the first hand-written document known from Britain, was discovered during archaeological excavations for Bloomberg. The formal, official, legal and business aspects of life in the first decades of Londinium are revealed, with appearances from slaves, freedmen, traders, soldiers and the judiciary. Aspects of the tablets considered include their manufacture, analysis of the wax applied to their surfaces, their epigraphy and the content of over 80 legible texts.