Articoli correlati a The Conductor 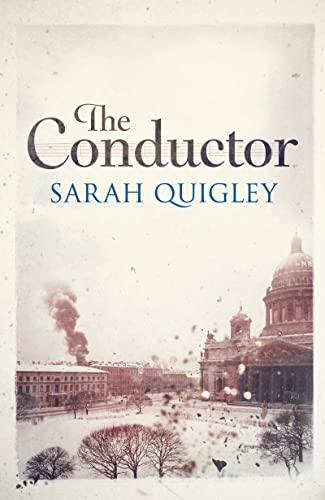 The crackle of a tannoy breaks a pregnant silence... ...and for one moment, as the barrage of shell and artillery pauses, music washes over the city of Leningrad. The defiant symphony of Leningrad's famous son, the composer Shostakovich, infiltrates ruined homes and businesses, echoing in the empty streets, and, perhaps, even beyond the besieged walls to the very heart of the German forces. But this is not the story of Shostakovich. This is the story of a man caught in the white heat of obsession. A man who inspired an entire city, much less a ragged orchestra of half-starved musicians, to an act of resistance and hope in a time of war. Karl Eliasberg. The Conductor.

'[An] up-all-night page-turner... conveying the extraordinary life-saving properties of music, and hope' --Observer.

'An extraordinary period of history brought to life by a daring novelist.' --Lloyd Jones, booker-prize winning author of Mister Pip.

Sarah Quigley is a New Zealand-born novelist, poet and critic. She has a D.Phil. in Literature from the University of Oxford, and has won several awards for her writing. Since winning the Creative New Zealand Berlin Writers Residency in 2000, Quigley has been based in Berlin.