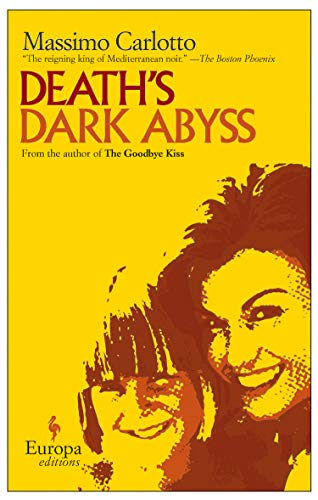 A riveting story of guilt, revenge, and justice, Massimo Carlotto’s Death’s Dark Abyss tells the tale of two men and the savage crime that irreversibly binds them.

During a bungled robbery atempti, Raffaello Beggiato takes a young woman and her eight-year-old child hostage. He later murders both in cold blood. Beggiato is arrested, tried, and sentenced to life. Undone by his loss, the victims' father and husband, Silvano Contin, plunges into an ever-deepening abyss until the day, fifteen years later, when the murderer seeks his pardon. The wonded Silvano turns predator as he ruthlessly plots his revenge.

Two dramatic stories meet in this stylish, passionate indictment of a legal system that seems powerless either to compensate victims or to rehabilitate perpetrators.

“[A] remarkable study of corruption and redemption in a world where revenge is best served ice-cold.”
—Kirkus Reviews

“[A] subtle and disturbing tale of the effects of violence on its survivors...[P]lausible and heartbreaking.”
—Publisher's Weekly

"Massimo Carlotto has a history as riveting as any novel."
—Chicago Tribune

“Carlotto is the reigning king of Mediterranean noir.”
—The Boston Phoenix

"In hardboiled fiction, there is this hardcore Italian guy I suggest: Massimo Carlotto. Tough as fuck."
—Guillermo del Toro, Director

“Carlotto [...] provides a machine-gun pace, a jaundiced eye for political corruption and a refreshing absence of anything approaching a moral vision.”
—Kirkus Reviews, on At the End of a Dull Day

Massimo Carlotto was born in Padua, Italy. In addition to the many titles in his extremely popular "Alligator" series, he is also the author of The Fugitive, Death's Dark Abyss, Poisonville, Bandit Love, and At the End of a Dull Day. One of Italy's most popular authors and a major exponent of the Mediterranean Noir novel, Carlotto has been compared with many of the most important American hardboiled crime writers.

Descrizione libro Soft cover. Condizione: New. New York. Europa Editions. 2006. First printing in this edition. Soft Covers. Yellow wraps with orange and red titles. Condition is New. French flaps. Translated from the Italian by Lawrence Venuti. One of the foremost Italian writers of crime noir, the author spent many years in prison for a crime he didn't commit. A riveting drama of guilt, revenge, and justice, this title tells the story of two men and the savage crime that binds them. During a robbery, Raffaello Beggiato takes a young woman and her child hostage and later murders them. Beggiato is arrested, tried, and sentenced to life. The victims' father and husband, Silvano, plunges into an ever-deepening abyss until the day, years later, when the murderer seeks his pardon and Silvano turns predator as he ruthlessly plots his revenge. Codice articolo MAY17.22001