Articoli correlati a Looking for Non-publics 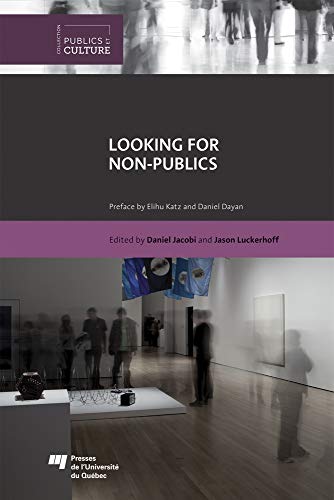 Non-public” was used for the first time in May, 1968, by those working professionally in the cultural domain in France. At the time, they were gathered in Villeurbanne at the head office of the TNP (French National Popular Theatres), and they used this notion in a very militant way to describe all those who were excluded from culture, and whom they considered to have a fundamental right to all cultural offers. In this book, nine researchers from France, Québec and Mexico tackle these questions through both qualitative and quantitative contributions dealing with various cultural sectors in which the question of non-publics remains unanswered. In fact, the non-public is not so much a group of non-participants but individuals blatantly incapable of appreciating a culture that is unfamiliar, even foreign. For over a century, the popular education movement, in its initial project to bring public and culture closer together, has emphasized this cultural gap, which even today, justifies the necessity for cultural mediation policies. The near-militant voluntarism of the active players in cultural mediation engenders certain expectations: after a large investment in cultural creation is it not justifiable to aspire to reach the largest possible audience?