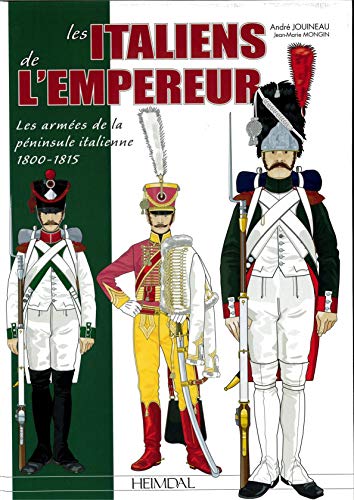 Descrizione libro Editions Heimdal, France, 2019. Hardback. Condizione: New. Jouineau, André (illustratore). Language: French. Brand new Book. This army of the Kingdom of Italy started during Bonaparte's first campaign with the creation of the Lombard and Cisalpine Legions. This army especially featured a greater number of enrolled troops, instead of volunteers. The Italian Royal Guard, from the beginning of the century, was the hub around which the Army of the Kingdom of Italy was formed. It took part in the great campaigns of the Empire.The transalpine uniforms often recalled those worn by their French brothers-in-arms. The Army of the Kingdom of Naples (from 1806 to 1815, commanded in succession by Joseph Bonaparte then Joachim Murat) inherited a tradition forged by the Bourbons. The Neapolitan Army, large but unreliable, was entrusted with defending the south of Italy with the French, against the Bourbons and the English; this did not prevent it from being mobilised alongside the French army in Spain or in divisions within the Grande Armee during the Russian Campaign. Codice articolo AAJ9782840485476