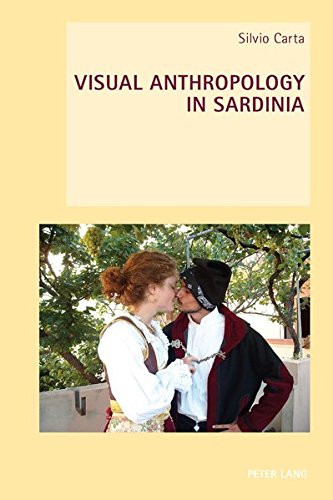 Visual Anthropology in Sardinia explores the technique, style and methodology of documentary films about Sardinia, investigating how such films construct different experiences and identities, and reflecting on the advantages of the medium of documentary film over written ethnographic texts.
Following a discussion of theoretical developments in the area of visual anthropology in the twentieth century, the author turns to case studies of documentary filmmaking related to Sardinia from the fascist era onwards, offering a survey of the particular and somewhat peculiar filmic ethnographic discourse established in relation to Sardinia, which has been constructed to a large extent as an ‘Other’ to peninsular Italy. The subject is a complex one, ranging across the fields of film studies, anthropology, literary and cultural studies and, to some extent, philosophy. The book enriches scholarship not only on the cultural construction of Sardinia in the popular, political and intellectual imaginary and in its relation to Italy, but also on visual epistemologies and the ethics and practice of ethnographic filmmaking.